|In Large Format Printing
|By Marcin

The biggest Polish sector flag will be unfurled in the hottest fan zone in the country organised within PGE National Stadium in Warsaw. 75 thousand fans and 1560 m2 flag will be supporting the Polish national team during the first match of the World Cup.

This Tuesday, on 19 June, the fans of the Polish team, who will go to the Fan Zone at PGE National Stadium, to the first match of Poland with Senegal during the Football World Cup 2018 in Russia, will have the opportunity to cheer on the Polish players against the most famous, huge sector flag, which was created for the Polish national team during Euro 2012.

The idea to sew the flag was suggested by commentator Tomasz Zimoch (then working at the Polish Radio). The idea appealed to the co-owner of Sico Polska company, who invited OPINION Strefa Druku factory to work with him and this factory produced the flag within express 48 hours.

We are joined by emotions and beautiful memories 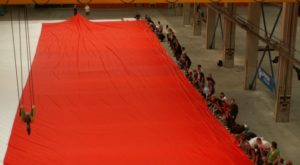 Since the debut during Poland-Czech Republic football match during Euro 2012, the flag has participated in many events. The sponsors, Opinion Strefa Druku and Sico companies took care that the biggest Polish sector flag was always ready to be spread in every place where hopes, passions, and faith in the success of the Polish team are joined and give such incredible emotions. Over the past 6 years the flag went the way of tens of kilometres, being witness to famous “match on the water” with England at the National Stadium, the Polish Diaspora Olympic Games in Kielce, World Championship in Volleyball, the Championship in France, but it also added splendour during Tour de Pologne and it visited Monte Casino. It took an active part in several Woodstock festivals, it also hung proudly on The Spodek Stadium in Katowice. Moreover, it participated in many initiatives, always bringing the thrill, which is hard to describe.

You need to feel it. Cheer on with us under the huge flag!

In a special fan zone at the National Stadium, 75 thousand seats and four huge LED displays have been prepared for the fans of the Polish football team (the White and Red Team). LED displays with the dimensions 16 x 9 meters each, will be placed on the field of PGE National Stadium. Apart from transmission from the match, in the crown of the arena there will be numerous attractions for children and adults and additionally, you will be amused by music performances and animations in specially prepared zones. More information at www.pgenarodowy.pl

The Sponsors of the flag are the companies: 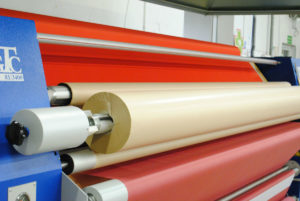 Technical specification of the flag:

height: 30 m; width: 52 m; surface area: 1560 m2; weight approx. 200 kg; more than 2 km seams;
material: polyester fabric, grammes per square metre 117g/m2, designed for the production of flags, it has fire resistant quality certificate required by UEFA.
The flag (its red part) was produced in the form of 17 strips (the so-called panels) and then sewed up with the white part, which also consists of 17 strips sewed up beforehand.

The condition of the machine is very good, well maintained. It’s possible to check on spot how the machine works. The machine is constantly in production. There is a possibility of immediate purchase. The exact specification can be seen here: Ms-Jp5evo or call our adviser.

* All photos and videos present the actual state of the machines. 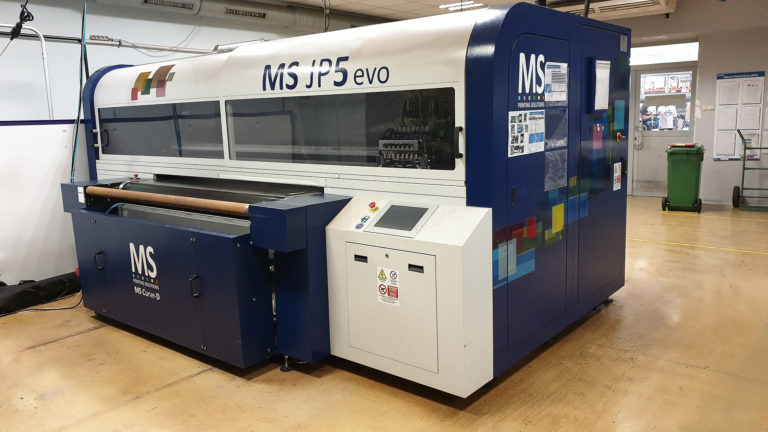 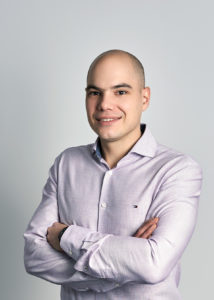 We are pleased to answer all questions and to counsel in choosing the right machine for your business. 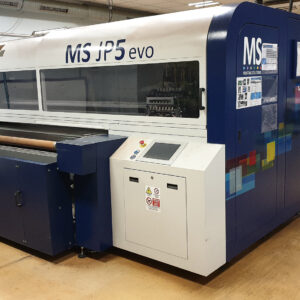 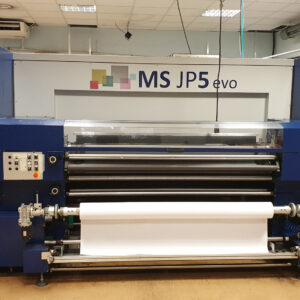 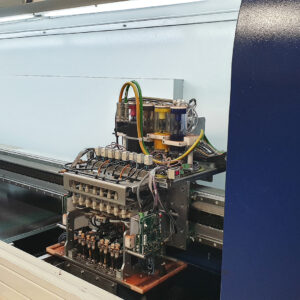